SANTA FE, NM – I happen to have the inside scoop on Xavier Horan’s situation, because we were there.

A Saturday night in 1999, we were at the dinner table with friends when our 16-year-old son Jordan came home at 11 p.m., and announced he was going back out with his buddies Xavier and Crockett. In an uncharacteristic show of stern paternalism, Paul said, “No. Now that you’re home, I’d like for you to stay in.” Unhappy teenager! Lucky boy. The phone jangled us awake in the wee dark hours of the morning with the news that there had been a terrible auto accident on the old La Tierra road and Xavier had been airlifted to University of New Mexico Hospital, where he was in critical condition and might not survive.

He did survive and has worked very hard to continue surviving. He has been paralyzed from the chest down since that night 17 years ago and lives in a wheelchair, but Xavier has the sunniest disposition of anyone I know. He followed his dad into sound production in the film industry in Hollywood and he is too modest to tell you that, at his young age, he has already won an Academy Award for sound on “The Bourne Ultimatum.”

But Xavier is onto a new job now: He will demonstrate and train other paraplegics on using a revolutionary and life-changing new invention, the ReWalk! After years of lying in bed or sitting in his wheelchair, Xavier has been training on the Exoskeleton Suit, a computerized device that allows him to actually “walk” again. We surely take being upright and ambulatory for granted but, for a paraplegic, the sensation of being vertical again is exhilarating and the other folks confined to wheelchairs at this event looked with hope at Xavier, wobbling like Bambi in the ReWalk.

There was not a dry eye (even men admitted it) at the exhibition fundraiser at Hotel Santa Fe as Xavier introduced other members of the audience who are potential beneficiaries of the ReWalk. Young Valentino Rivera is a darling 7-yearold who had been an honor student and champion flamenco dancer until a tragic collision by a drunk driver left him paralyzed and brain damaged. His dad, George Rivera, recently left his position as governor of the Pojoaque Pueblo and is caring for him. Also, handsome young Grey DeBella was involved in a hor- rific motorcycle accident a couple of years ago and he is lucky to be alive, fortunately with no brain damage. Paralyzed and adjusting to life in a wheelchair, he aspires to walking again with the ReWalk.

Xavier’s mother, the inimitable, indomitable, inexhaustible Kristena Prater, has been tirelessly drumming up the funds to buy Xavier a ReWalk since it was invented a couple of years ago. She had raised about $40,000 when Rosemary Shoong of the Shoong Foundation heard about it. They went out to lunch and, over the pear tart, Rosemary tore out a check and announced to Kristena, “Here’s the rest of the money you need for Xavier’s ReWalk.” Now Xavier has a ReWalk and St. Vincent’s has one. Xavier plans to tour around with his, sharing the hope of ambulation with so many other paraplegics.

About 250 supporters packed the Kiva ballrooms at Hotel Santa Fe for the fundraiser in support of Xavier’s foundation and his training gym, and to watch his phenomenal demonstration. The trainers at the gym Movement Unlimited provide the specialized muscular training required before paraplegics can even attempt to go ReWalking. The Tessa Foundation, which helps with the financial obligations of keeping X’ie going, is named in honor of his Peace Corps sister, Tessa Horan, who was killed by a shark in Tonga just a few years after Xavier’s accident.

Since the evening was mainly an occasion to thank the Shoong Foundation for underwriting Xavier’s ReWalk, and to expose folks to Movement Unlimited and its programs, not much emphasis was placed on the fundraising, so not much was raised in the end. A big spectacle is in the planning stages for later this year … and Xavier’s story progresses. 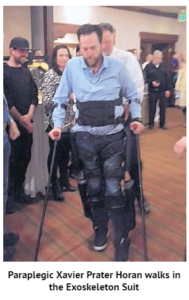 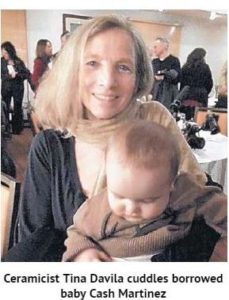 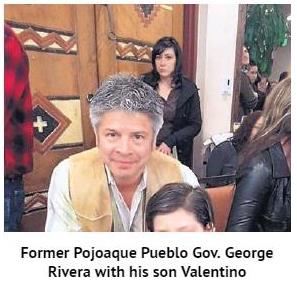 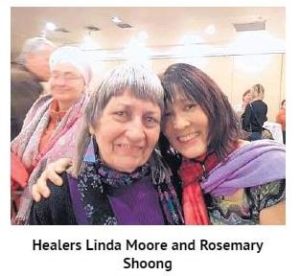 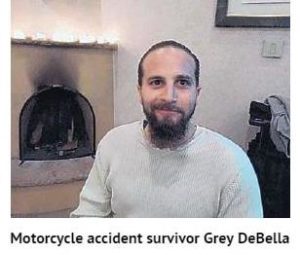 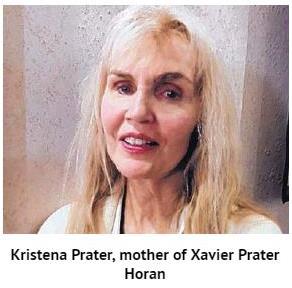 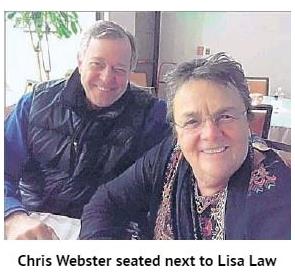 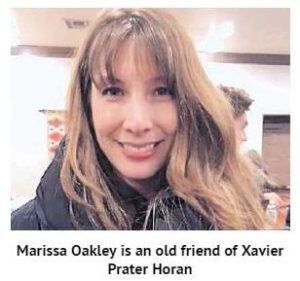 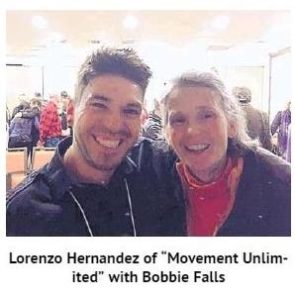